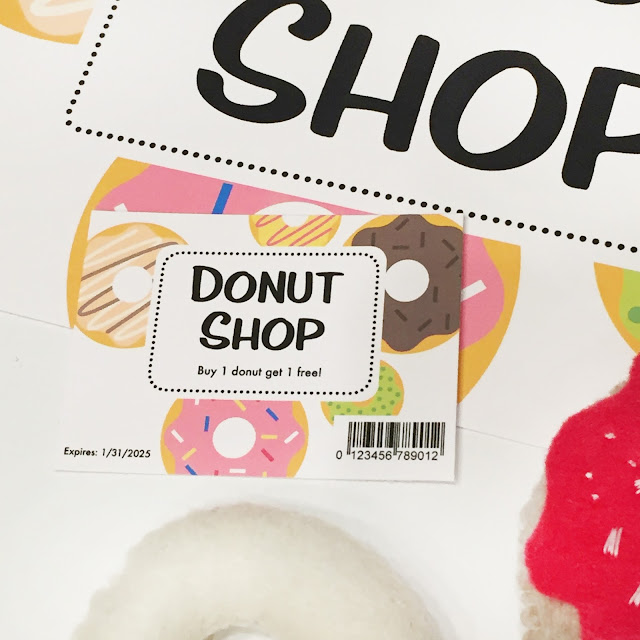 I don’t know if I’ve mentioned this, but right now my family is living with my in-laws while my husband is attending helicopter piloting school. They just bought a new house and felt like they needed to turn their basement into an apartment. Well, low and behold, we (and maybe others) are the very reason they felt inclined to do so! Right now it’s still under construction, but they’re making every effort to make it a lovely space. The area under the stairs is getting turned into a little play area for kids. They put a little door in with a few windows cut out and right away, with just the framing done, my four year old started playing “ice cream shop” with the little “drive through window.” 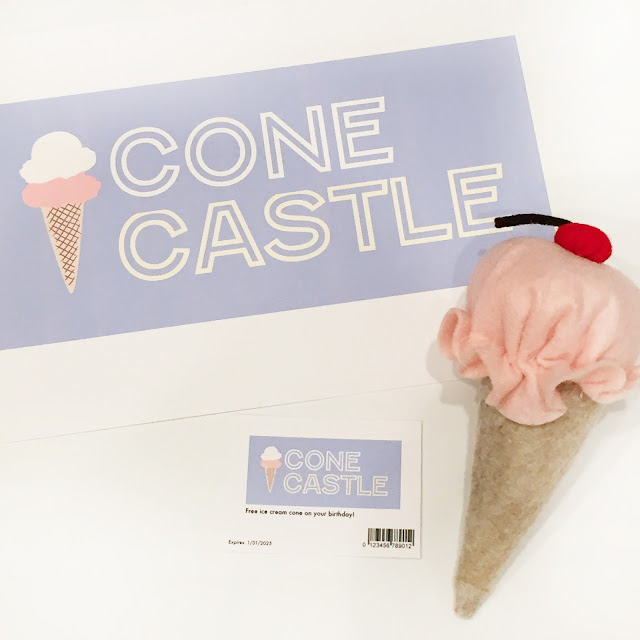 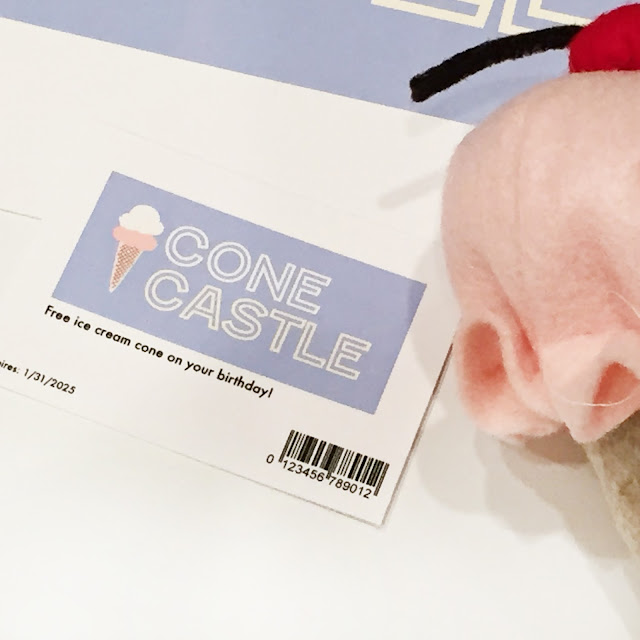 Every year I try to make a homemade Christmas gift. One year I made a fishing game, another year I made sock puppets. What I should make this year was pretty obvious after seeing how my daughter was playing pretend shop! 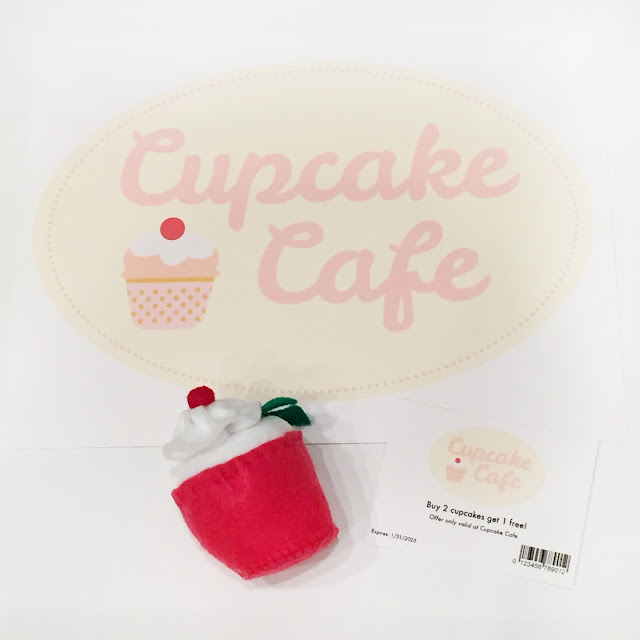 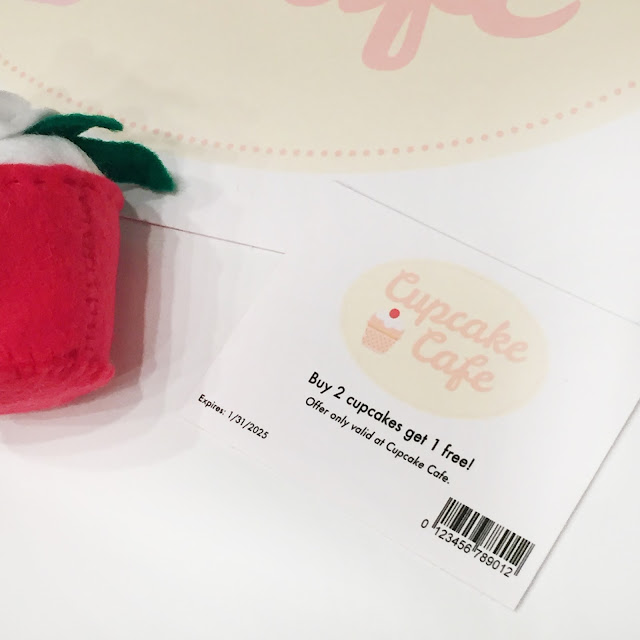 I made a bunch of felt food for her to play with and then it hit me how fun it would be to have signs, menus, and coupons to make the food shops seem even more real! She can’t read yet, which was why I made most of the coupons “Buy 1 get 1 free,”  because that’s pretty basic, but I know she’ll end up playing with them however she wants anyways. More words makes it look more legit. 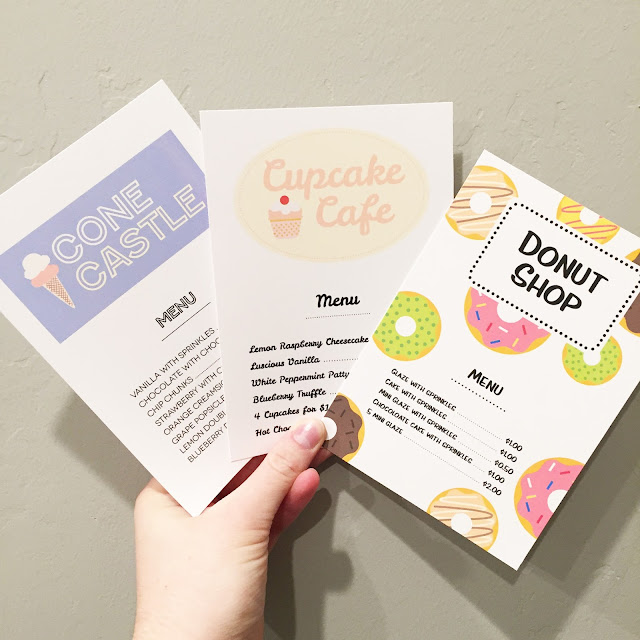 Here’s a peek of the menus. Short and sweet 5″x7″ menus that can be easily put up and taken down. 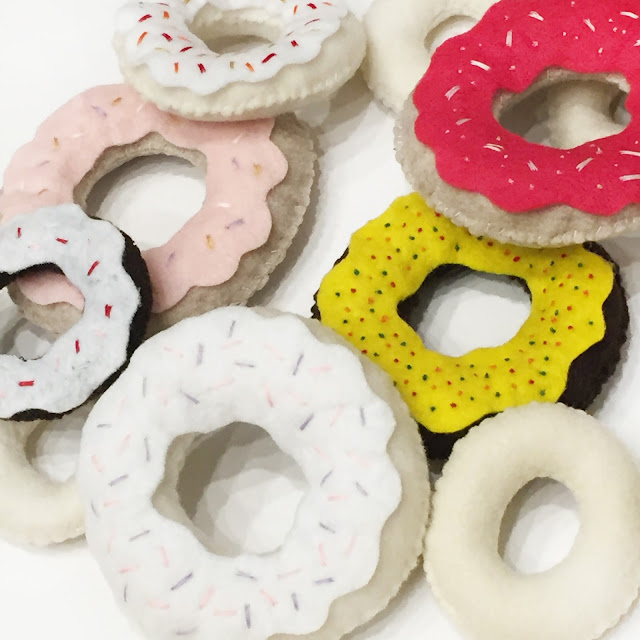 Here’s a closer look at the felt food I made for her. I am not doing a tutorial on these because they’re pretty self explanatory. (These donuts were my favorite! I couldn’t stop myself from doing different combinations!) 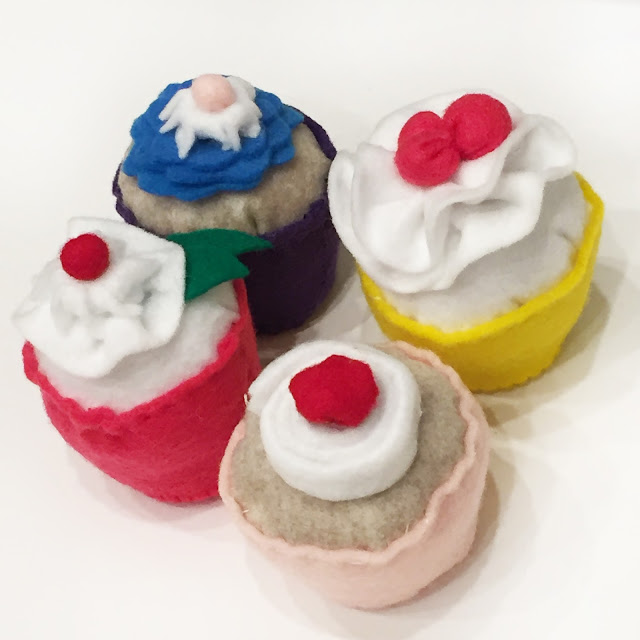 Except for the cupcakes! These took forever, which is why there are only four. I found a pretty good tutorial here. I started making these at a cabin retreat with my aunts and cousins and after I had made them my cousin piped in, “You know, Ikea has cupcakes like that.” Well, shoot! I should’ve just gone to Ikea! Haha! 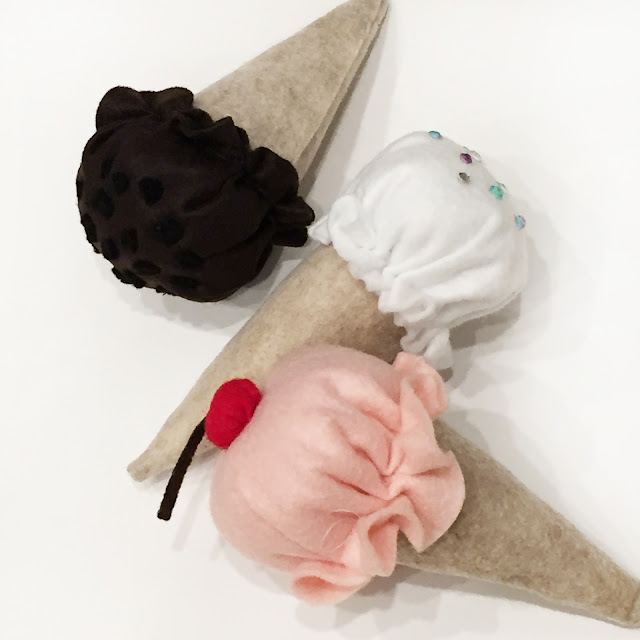 These ice cream cones were fun too, but I didn’t feel like getting too far out from the standard vanilla, chocolate, and strawberry. A tutorial can be found here. 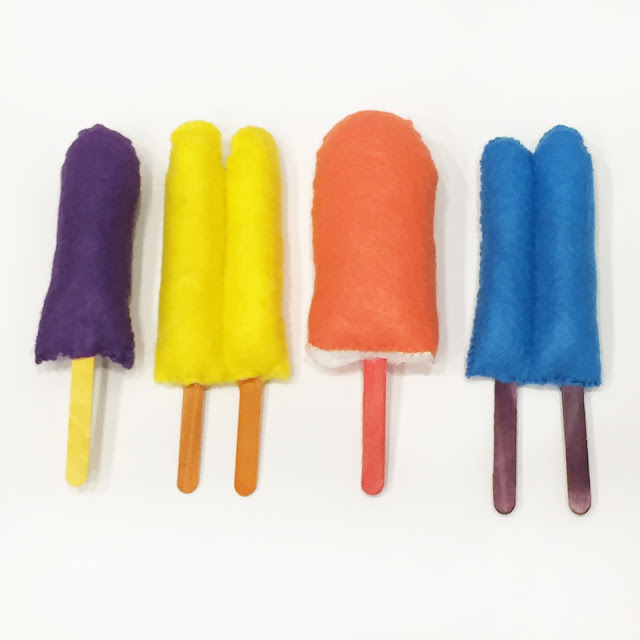 And what’s an ice cream summer shop without popsicles?? I had originally made the stick handles out of felt, but those were not sturdy enough. I decided to trade them in for the real thing, popsicle sticks, and those did the trick.

Get all of the free printables here! (Donut Shop/Cone Castle/Cupcake Cafe sign, menu and coupon) I’m going to laminate them so they last longer and don’t get ripped or smudged and I suggest you do as well!


I hope your kids have just as much pretend fun as I know mine will! So excited for her!! (And all of that time she’ll be playing by herself!! Score! 😉